The keto diet is a popular way of eating that is used by people from all walks of life. It is used as a weight loss plan, and also as a way of reducing the symptoms of epilepsy. The diet involves cutting your carbohydrate intake as low as possible and getting the majority of your calories from fats, with some protein. 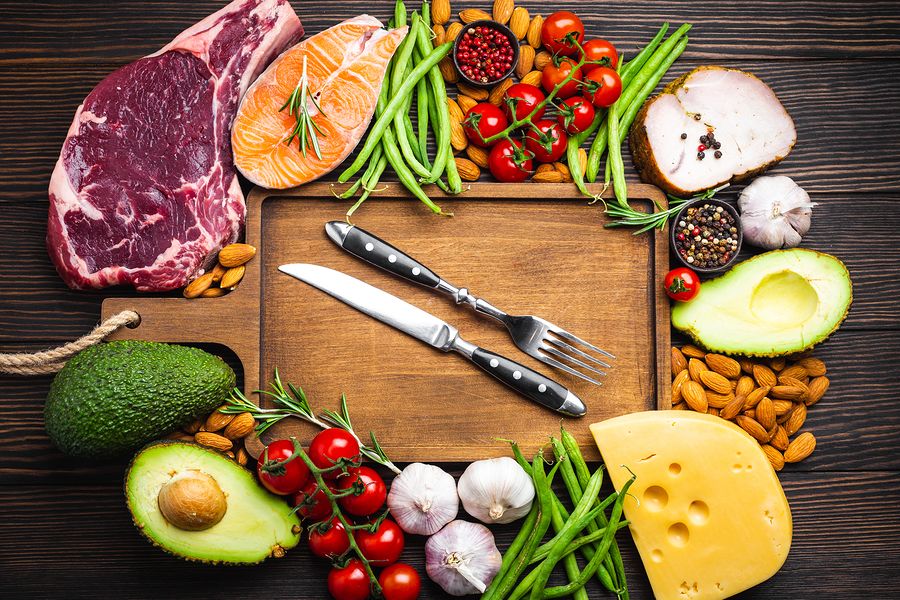 When people start following the keto diet, they often find that they start to suffer some unwanted side-effects, known as the keto flu.

What is The Keto Flu?

Keto flu is a set of symptoms that people experience as their body adapts to burning glucose for energy, and switches to burning fat instead. Symptoms of keto flu can include cramps, dizziness, nausea, headaches, and irritability. The keto flu is a common issue for people who are starting the diet for the first time, but the good news is that it is usually temporary, and if you stick with the diet, you will find that the symptoms fade.

Keto flu is caused by the difficulty your body has transitioning from burning glucose (stored as glycogen in your muscles, and also glucose coming from your diet). The keto flu can be made worse by dehydration or by a lack of electrolytes in your diet.

You can reduce the likelihood of severe symptoms by starting the keto diet slowly, cutting to a low carb diet, and then gradually moving into ‘full’ keto. Drinking lots of water can help to prevent the cramps, and making sure that your calorie intake is not too low can also help.

If you are following keto with a goal of losing weight, then you do need to be in a calorie deficit, but you should not make that deficit more than 500 calories compared to your daily calorie expenditure.

If you start feeling the symptoms of keto flu, then you can reduce the symptoms with gentle exercise, drinking water, and getting some extra electrolytes. Magnesium, bone broth, and potassium are all important electrolytes and can be found in keto-friendly sources such as bone broth.

While most people will experience some symptoms of the keto flu as their body adapts to burning fat, once they do enter into a steady state of ketosis, the symptoms should pass and be replaced with a feeling of mental clarity and energy.

The keto diet promotes a feeling of satiety and allows people to lose weight without feeling deprived, even retaining strength and performance in most sports, although those who practice sports based on explosive power may feel better with carbs in their diet.

If you find that you suffer from persistent “bouts” of keto flu, this could mean that you are knocking yourself out of ketosis with something in your diet. Carbs can be found in some surprising sources!

Consider using keto-strips to test yourself, to make sure that you are staying in ketosis. You may find that having ‘cheat days’ that take you out of ketosis is what is bringing back your keto flu.

Have you been searching for information and facts so you can learn more about the ketogenic diet?

Our site is filled with excellent information and we are frequently adding fresh content so that we can give you the most up to date recommendations and advice.

†These statements have not been evaluated by the Food and Drug Administration. This product is not intended to diagnose, treat, cure or prevent any disease. Use only as directed. Consult your healthcare provider before starting anything new. The information provided herein is intended for your general knowledge only and is not intended to be, nor is it, medical advice or a substitute for medical advice. If you have or suspect you have, a specific medical condition or disease, please consult your healthcare provider.